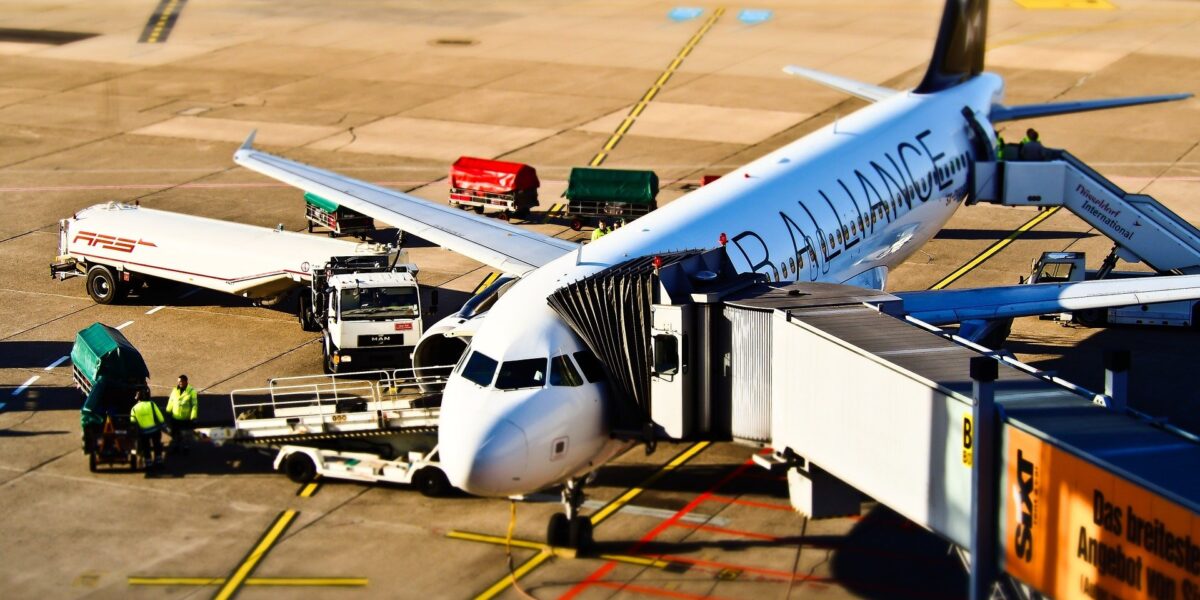 Since the industrial revolution European nations had created or were forced to share resources and infrastructures that transcended national boundaries. This resulted in the creation of common rules for maintenance and use to counter risks and challenges [1]. This fact also comes with international dependence and difficulties regarding infrastructures.
One of the most common problems of the aviation industry is flight delays [2]. In the US about one third of the delays are caused by airline internal problems and cause large costs for society. Research recommends solving the delay problem by adding capacity [3]. However not all airports have the budget or space available to make this a reality. Another idea regarding the organization of the airport is presented by comparing European airports with those from the US. The solution would require a more extensive hub-spoke system and slot coordination, something which might not be politically feasible [2].
This paper focuses on a solution in communication to make common rules in aviation more efficient and help prevent flight delays. In the aviation industry airports need to inform one another about the load of passengers and cargo on flights. This communication takes place through IATA Type B messages, which are read by automatic functioning parsers [4]. However, a large amount of these IATA Type B messages are not written according to the standard format. Hence causing problems for the current automatic parsers and giving rise to the need for a new solution. The cause for this problem is that IATA Type B requires a strong understanding of its code language or interpretation according to the standard format. Since there are no other apparent solutions, this paper explores machine learning models as possible solutions to make automatic processing a reality.
The current communication system used by airports, the French Telex messaging system, is outdated [5]. This old message standard continues to be used today. A lot has changed in the airport industry, but the standard messaging format has not. This requires employees to find new ways to convey information through an old standard, resulting in dialects that cannot be interpreted automatically. Eventually this leads to the need for messages to be manually corrected, which takes a lot of time and effort. In addition to Telex being an outdated form of communication, it is used by many airports around the world. Which means altering or updating the system is not an option at this time, since it would require for all the airports to go out of service simultaneously.
IATA (International Air Transport Association) assigned the name Type B to the format of messages that is used within the aviation ecosystem. Type B is primarily communicated over private networks that are operated by ARINC and SITA (creator of aviation software Sitatex) [6]. IATA Type B is used to communicate LDM (Load Distribution Message) between involved airports. The LDMs are written in code language according to a standard format described in a detailed manual [4]. This paper wants to use data parsing to make the automated processing of non-compliant LDM IATA Type B messages possible.
Within the aviation industry the airport of destination must be informed by the airport of departure, about the cargo of the arriving plane through LDM messages. These LDM messages are communicated through the Sitatex software by the IATA Type B code language. One of the interviews with airport staff has found that most airports do not comply with the standard formatting of LDM messaging, which causes syntax errors for the automatic parsing function of Sitatex. All of the resulting errors have to be fixed manually by Sitatex users.
If some kind of automated processing function were able to interpret the various dialects and errors of LDM messages, the employees of airports who use Sitatex daily could save time and effort for other tasks. In order to create such a solution, a closer look at IATA Type B was taken as well as its context and current processing functions, data parsing and machine learning.

Dr. Hani Al-Ers
Senior Researcher
Hani Al-Ers is a researcher in the field of human-machine interactions. He completed his PhD at the Delft University of Technology at the Interactive Intelligence group of the Faculty Computer Science (EEMCS). Philips Research in Eindhoven sponsored his project which was aimed at improving the user experience of Philips tv sets. He completed 2 post-docs at the Delft University of Technology, during which he managed international consortia on topics such as an improved quality of life for the elderly. Currently, he is conducting research in the field of health and education and he leads the Research Education activities at the Dutch Innovation Factory.
×
You must be logged in before using WishList. To login click here